Termite baiting and treatment systems are the best way to deal with termite infestations in Australia.

We offer three termite baiting systems, as well as a variety of other solutions to treat termite infestations.

Ask your local Jim’s Termite and Pest Control technician how to treat termites in Albury today on 131 546.

The rat control treatments we use may include humane trapping or loose baits thrown throughout the roof void. We may also use a rodent contract encompassing a baiting system situated around the property, as well as within roof voids and subfloors.

The rodent contract systems are designed to be pet and child friendly, achieved through the baits being encased within sturdy plastic stations, allowing only the targeted rodents access to the baits. 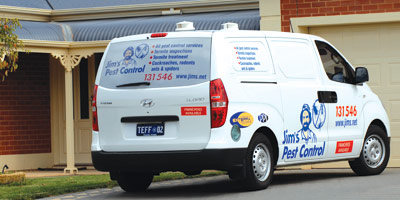 Our termite baiting systems include:

The Exterra baiting stations are applied to areas where termite activity already exists. These baiting stations act to attract the termites. They discourage them from further causing damage to the area they are found in.

This is achieved through the growth-inhibiting effects of the bait, resulting in an inability to molt and softening and weakening of the mandibles (chewing parts of the termites).

It weakens their ability to chew on timber, and instead are only able to consume that of the soft bait. The baiting will result in the death of the worker termites, and starvation of the entire colony.

The Exterra baiting system is a system encompassing inground stations every 3 meters around the perimeter of a building. These stations contain attractant and timber to draw termites to the stations. Your Jim’s technician will bait upon discovering termite activity within a station.

It will terminate the colony as the bait inhibits growth and moulting process of the worker termites. Workers are responsible for feeding the colony, thus starving the queen after several weeks.

The Sentricon Always Active system is similar to that of the Exterra baiting system in design. It involves in-ground stations situated every 3 meters around the outside perimeter of a property.

Whilst the Exterra system requires regular inspections, the Sentricon system is preinstalled with the active growth inhibiting bait, therefore requiring minimal maintenance and inspections. The baiting system is always active in protecting the perimeter of your property.

Upon inspection we may also offer alternatives including the use of Termidor termiticide, an active chemical that may be applied to infested areas or directly into nests.

The chemical will spread through the chemical throughout the entire colony, eventually exterminating the entirety of the colony as a whole. It ensures a permanent fix in regard to the extermination of the given colony. 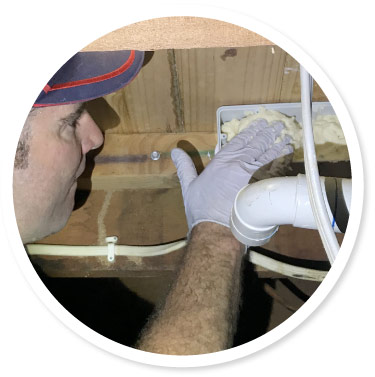 Any attempt to control rats in buildings must, of necessity begin with a thorough inspection of the premises.

When inspecting a property our technicians look for an array of signs that may indicate their presence in various areas throughout the property, these signs include:

Aid in identifying the species of rodent, the size of the rodent, and how recent they were in the vicinity.

These are greasy smear marks usually encompassing fur as well, indicating continual contact with such area. These are useful in determining placement of traps and bait.

Often found near waterways and buildings. Rat burrows consist of a hole hidden under debris. Further useful in trap and bait station placement.

Rats like most rodents must gnaw to keep their incisors (teeth) at a certain length. They will often gnaw on a wide array of materials, including woodwork, metals, food containers, cables and conduit. These gnawing marks are a clear sign of rat activity.

Often made of paper, roofing insulation, rags or paper. Often food and droppings will be present, particularly snail shells. Such nesting indicates a clear sign of activity, and useful in determining the placement of traps and bait.

Residents or occupants may hear sounds during the evening and night. Often described as squeaking, squealing, scurrying, gnawing, and sometimes fighting.

A large variety of measures can be taken to control rat infestations. For example, a technician may, depending on the circumstances, suggest the usage of the following:

Altering the environment by introducing rat-proof coverings throughout voids and over holes or damage to the building, so that rats cannot gain entry to the building.

Using bait to lure rats into traps, to physically capture the rat humanely, and later set free. Other traps include glue boards and snap traps to eradicate the rat permanently.

The most common procedure. A technician may apply poisonous baits utilising anticoagulant rodenticides. These take time to take effect ensuring widespread termination of the infestation. A a technician may also choose to utilise tracking powders (poisonous dusts) and gels to ensure extermination.

Often a leading cause of rat infestation is due to poor sanitation. Decreasing the food and shelter available to a given population of rats is likely to lead to lower levels of food for them. Also, this will ultimately leading to competition between those present, which will eventually lead to a decline in the numbers present.

This aspect of rat control often involves a largely educational and advisory form of treatment conversed to the client. Such a treatment will, with reference to government health regulations, advise a client on precautions needed to be made including the secure storage of food and increased cleanliness both in and outside the building.

Outside the building, this may include the disbandment, redesign, or increased monitoring of chicken coups, as they are conducive to attracting rats and mice.